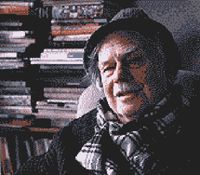 In The Footsteps oF Colm Cille at Edinburgh Folk Club

Francy Devine is a poet, songwriter and an outstanding singer who has a grasp of the intricacies of Scots and English singing as well as that of his ancestral Ireland. He has a wide repertoire of traditional and contemporary songs, some of the latter being Francy's own creations. Those who have seen the joint 'Zoomed' Burns' Night celebrations in January 2021 and 2022 which featured both Edinburgh FC and the Howth Singing Circle will likely have seen Francy in action.

Already something of a legend in the time honoured fiddle tradition of Scotland, Paul Anderson is the finest Scots fiddler of his generation. Although only in his forties, he is already something of an icon in Scotland, a fact duly recognised by two specially commissioned portraits of him, a life size one in Aberdeen Art Gallery and a study which is in the care of the National Portrait Gallery in Edinburgh.

As a youngster starting off playing fiddle, for a short time Paul received private tutoring from Angus Shaw of Banchory before going on to study for several years with Douglas Lawrence of Buckie. Douglas was a Golden Fiddle Champion in 1979 and was the most acclaimed pupil of Hector MacAndrew, the finest Scots fiddler of the 20th century and a player who could trace his fiddling lineage directly back to Niel Gow and the Golden Age of Scottish fiddle music. Gow is regarded as the father of Scottish fiddle music and was a legend in his own lifetime, having played for Bonnie Prince Charlie in 1745 and being visited by Robert Burns during his highland tour. Hector's grandfather was taught by James Mackintosh of Dunkeld who was the last pupil of Niel Gow. Therefore Paul is part of a teaching lineage which stretches right back to before 1745 and the time of Gow.

You can hear some of the show here - or, from the book/CD, here.