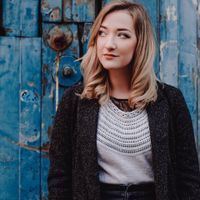 Multi-award-winning folksinger Iona Fyfe with guitarist Adrian Moodie present folk songs in the Scots language. With several Edinburgh Festival Fringe sell-outs (AMC @ UCC) Iona is a most sought-after Scottish singer. After only about five years, she is now very well established as one of Scotland's finest folksingers. With roots deep in the traditions of the North East of Scotland Iona was the youngest ever winner of the Scots Trad Music Singer of the Year Award (2018). "one of the best Scotland has to offer." (Global-Music.de). Iona's accompanist tonight is the pretty remarkable Aidan Moodie from Orkney who is a member of both Gnoss and Manran.

With fire-driven instrumentals, topical songs, haunting ballads and a good dose of humour, and joined by Scotland's youngest Clan leader on bagpipes and fiddle, the variety and range of the material they perform is matched only by their enthusiasm and lively Celtic spirits.

"The music may be pure old time Celtic, but the drive and enthusiasm are akin to straight ahead rock and roll." Winnipeg Free Press

Admission £5 at door only from 7:30pm. All welcome and (almost) anything goes - songwriting, instrumentalists, traditional unaccompanied singing, even poetry might slip in. Quite informal. 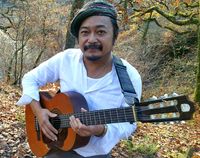 Andy Chung was born in Kirkcaldy, in the Kingdom of Fife, Scotland, his family having emigrated from Hong Kong and settling there in the early sixties.

Showing a talent for the creative arts in his childhood, Andy went on to study, first at Edinburgh's Telford College and then, at the Glasgow School of Art.

However, with a growing interest in music, he found himself playing guitar and fronting various bands before securing weekly solo residencies in a number of renowned Edinburgh folk music bars including the Royal Oak, the Hebrides Bar, the Scotsman Lounge and Sandy Bell's.

Still travelling the highways and byways of his beloved Scotland, Andy is as ever, in popular demand as a consummate musician and entertainer.

"Chung would alternate between ballads and bawdy tavern songs to entertain us. It's rare to find a performer of Burns that can perform his songs so genuinely and beautifully that can bring the audience to tears" BROADWAY BABY REVIEW (Edinburgh Festival Fringe).